The first race I remember is watching my mom's brother,  Bill Canada, race a Model A or B coupe in the Hobby Division at Republican Grove race track in Halifax County VA about 1956 or 1957.  I played race car driver in that car for years after it was retired at my grandad's farm in Halifax.

I remember seeing many races at South Boston Speedway when it was dirt from 1957-1960 and many more after it was paved.  My dad crewed on the Owen "Shorty" Shook #301 NASCAR Modified base out of Keysville VA from 1963-1968.  I spent many weekends at the shop with my dad during that period.

I am currently retired and restoring a late 1960s modified that I bought several years ago.  The history of the car has been lost but assume it was not a very competitive car from the build quality.  The car was stored outdoors so there is a lot of rust to deal with but basically was a roller with a Flemke-style straight axle front end and Frankland quick change in the rear.  My goal is tor restore the components leaving the body on the frame as a historical accurate representation.

@meggva Liked @david-bentley's gallery
3 weeks ago
Melvin Bradley in the 301 at Trenton, NJ

This sportsman car was owned by Monroe Shook and built and campaigned by his first cousin Owen "Shorty" Shook out of Keysville, VA.  As a child, I remember the car running at South Boston when it first opened in the late 1950s.

I believe it to be the car that Wendell Scott drove for part of his 1959 Virginia State Sportsman Championship as documented in Chapter 11 of the biography "Hard Driving: The Wendell Scott Story".  That book documents the car as being a ivory Ford coupe, but I remember that car as a red Chevy coupe as pictured here.  Monroe Shook fired Wendell for an incident at South Boston, then rehired him for the end of the season.

Monroe sold this car on the spot for a few hundred dollars after it heavily crashed at South Boston, saying he wasn't going to put any more money into this car.  He went on to own a Grand National car driven by Emmanuel Zervakis that was very successful in the 1961 season.

I don't know what became of the car after after Monroe sold the car.  Not knowing when this picture was taken, this could be after it was repaired by the new owner or maybe a season prior to 1959 when it was repainted ivory.

Back To Top
http://racersreunion.com/timeline_pagination/15991
Followers
Likes 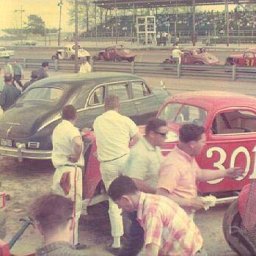 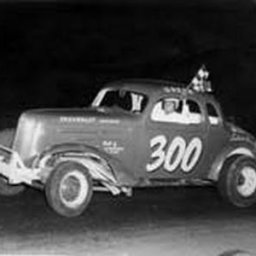 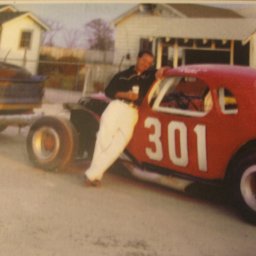 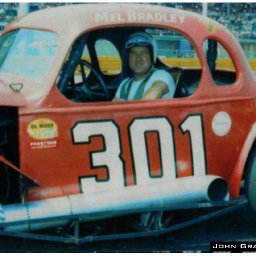 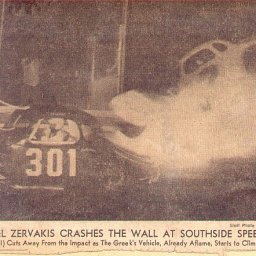 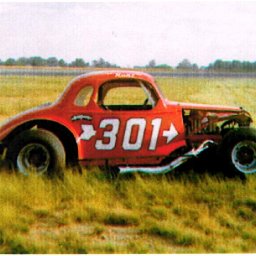 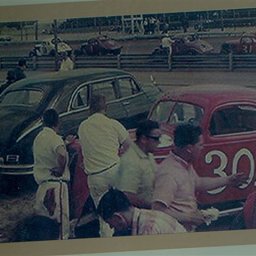 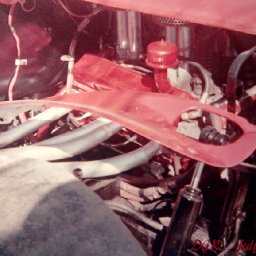 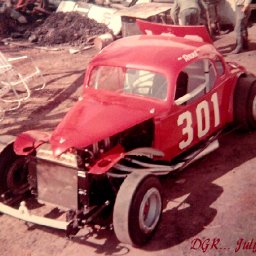