Three years ago, I began a year-long project to blog about each of Richard Petty's 200 wins. I learned a lot as I went along - about the races themselves and different folks who saw many of King's wins or had some info they were willing to share with me about various races. I remain grateful to those who helped me along the way, and many of my posts continue to get web visits.

As I got started, many of my early posts were rather concise. Date, track, win number, an article, maybe, a picture, post. But as the series moved along, I found myself including more content where I could about how the race unfolded and even storylines from the race NOT involving the Petty car(s).Rather than leave the posts 'as is', I've chosen to revisit them along the way as I find new things to add.

I added many of the links to my blog posts here, but I'm pretty sure I didn't have 100% hit rate. My first post was about the August 1, 1971 Dixie 500 at Atlanta. I've searched, and I can't find that I posted about it on RR. So here ya go. And here is the link to my original blog post:

Richard Petty wins his 134th race in the Dixie 500 at Atlanta International Raceway (now Atlanta Motor Speedway). With the win, he becomes the first NASCAR driver to top $1 million in career earnings. 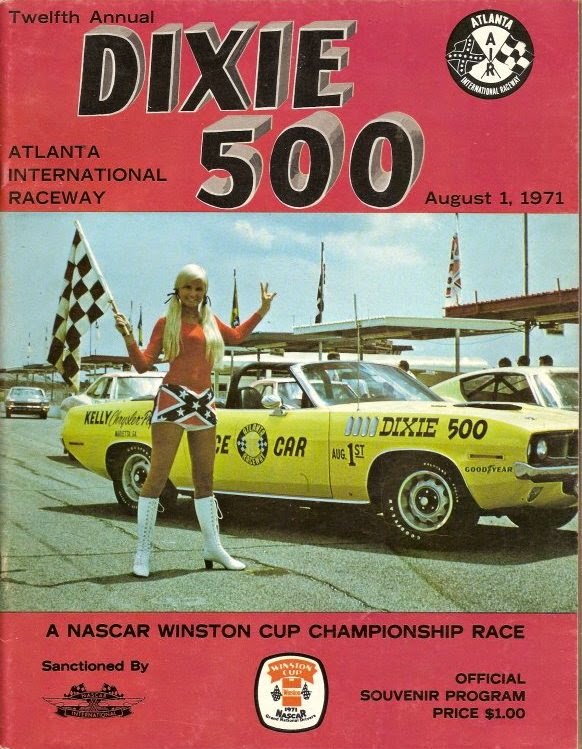 Teammate Buddy Baker in a white #11 Petty Enterprises Dodge Charger wins the pole but ends up 25th in the race. - Getty

RacersReunion and Schaefer Ring of Honor member, [ Ron Willard ] (aka Bruton or GaPettyFan to some), attended the race and remembers it this way:

I was at the 1971 Dixie 500. As usual for July here, it was hotter than Hades. I wasnt quite 8 years old and spent the better part of the next few months thinking The King won $1 million that day. When it was explained what actually took place, somehow it no longer seemed like so much money.

The only other car to finish on the lead lap was Petty's perennial rival, Bobby Allison. Petty's Pepsi Plymouth and Allison's Coke Machine finished nine laps ahead of third-place finisher Benny Parsons. 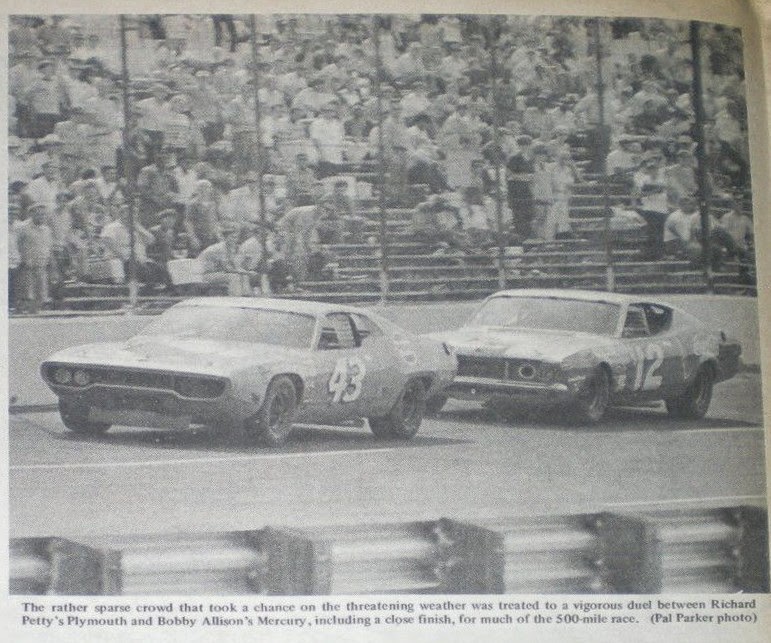 A week after the race, Petty's win and accomplishment of notching one million dollars in career earnings was featured in the August 9, 1971, issue of [ Sports Illustrated ] .

I guess you'd get thrown in the NASCAR jail today for wearing a skirt like the one on the program cover. Of course, it it were one of our guy members, we might be in the Hampton or Jonesboro jail before NASCAR got to us to enforce political correctness!