Sixty years ago, on this date, the 5th season of Grand National racing would close out at the one mile dirt track in Atlanta, Ga., the track known as Lakewood Speedway. Be sure to check out Lakewood Speedway in several different areas of RacersReunion as there is much information included on this site about the unique track.

The field would be set with 28 cars attempting to qualify. When the qualifying runs were over, Tim Flock had put his Ted Chester Hudson on the pole. Other starting positions are not available in my reference source (Greg Fielden's "Forty Years of Stock Car Racing"). Tim captured the pole with a speed of 73.580 mph.

The first lap was let by Tim Flock and he would remain a contender until lap 50 of the 100 laps when his Hudson began to overheat and he was forced to park it for the day. His brother, Fonty Flock, had taken the lead on lap 2 and he kept his Hudson out front until lap 27 when Herb Thomas shoved his Hudson Hornet into first place. Herb's car began to experience mechanical issues and on lap 79, Buck Baker took over first place in the Griffin Motors Oldsmobile. Buck would lead the remaining laps to end the season in style with his fourth win of the 37 race season. Buck's win was not without drama however as Lee Petty made a tremendous charge to take the lead on the last lap and spun his Dodge coming off turn four, falling short of win but recovering enough to finish third.

On lap 12 of the race Lou Faver flipped his Kaiser but was not hurt. On lap 33, Don Versure flipped his Hudson in a serious looking accident but he too, thankfully, was uninjured. There were some 9,000 fans in attendance to watch Buck Baker gain his fifth victory in the series.

25. Bill Nash (drove an Oldsmobile, not a Nash)

The top Ten in Points for the year were:

Honor the past, embrace the present, dream for the future. 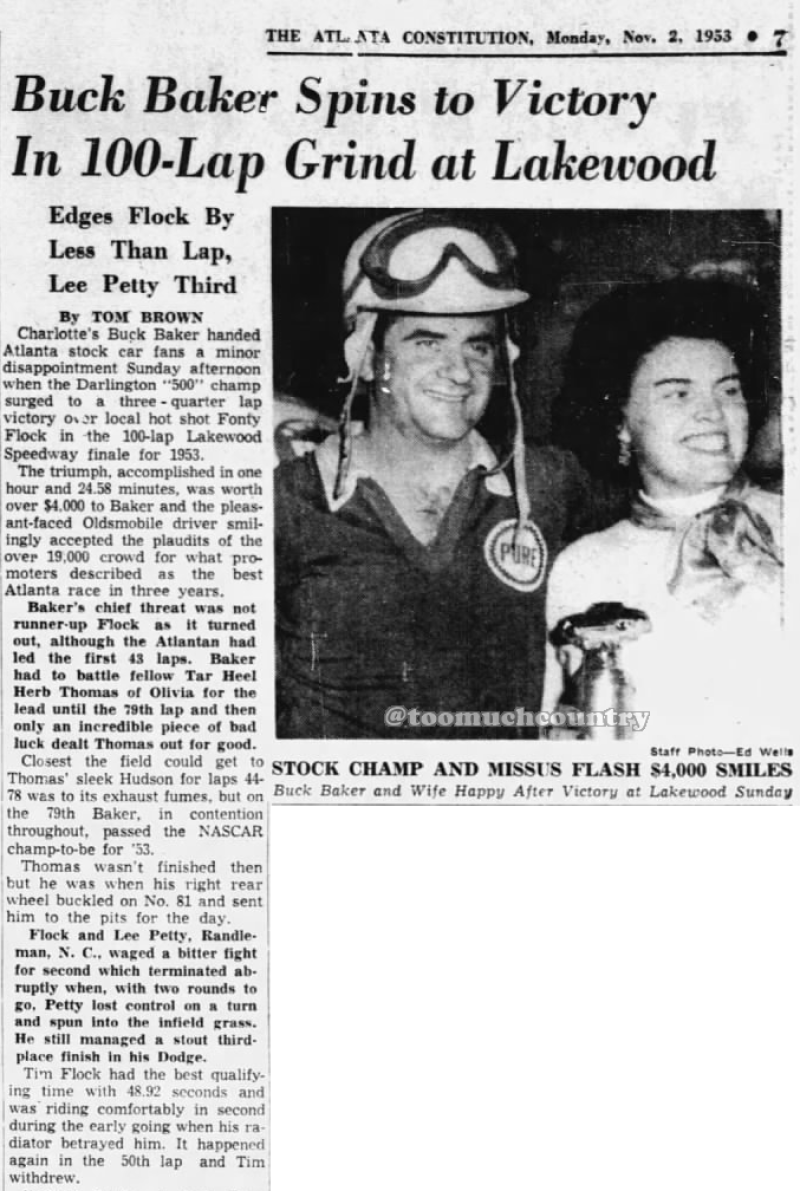