Perspective is an odd thing to really figure out for different people. Everyone's is different. Something that makes my jaw drop, o feel like the punch in the gut, is barely a blip on someone else screen.

For me, the unexpected death of legend, James Harvey Hylton, and his son, hit me harder than waiting for results from a couple of cancer screenings I had recently. (Came back negative). Then there was the severe cardiac arrhythmia I had a couple of days before Christmas

The other, I'm sure if you know ANYTHING about me you can guess, was NASCAR's "acquisition" of ARCA. Acquisition to me, also sounds different than purchase, in the way it was used in the press conference.

But first, James. NASCAR Rookie of the Year, Points champion runner-up three times. Third in points, four times, and forth once. All while winning only two races. Now that is consistency, getting the most out of what you have, and still having enough of a car for the next race.

Here is the little known fact. Twice, NASCAR Championship Crew Chief. Yup. He was crew chief for Ned Jarrett in '64 and '65. James felt '66 was the best time to try out his skill as a driver against the best. He bought a year old Dodge from Cotton Owens. 1966 was the first year for the fastback Charger, so there were plenty of '65 Coronets available. Cheap. In '69, ARCA christened the new Alabama Motor Speedway on Saturday, the day before the NASCAR Grand National Cars were to run their first race there. That part of the '69 Talladega story is pretty well known, so I won't retype it here, other than James Hylton, being the advocate for the independents, found himself on the losing side in the end. Bill France realized he was lucky the PDA blinked first, and disappeared. NASCAR needed the big names to survive, and USAC was on the verge of getting them. So the drivers, at least the big names were welcomed back like nothing ever happened. That left the independents to feel the wrath. James had said, after that it was never the same. James worked his way though as best he could, still trying to be the voice of the little guy. He eventually started taking money from guys to drive his car, or hire them out right.

It was then he noticed what was going on on the other side of the garage fence. Guys had smiles on their faces, joked with each other, but more importantly, HELPED each other. On his side of the fence, conflct, confrontation, and not a lot of smiling. Racing was fun! At least it was, like those in the ARCA garage. With his experience, and his ageing equipment, he figured, there was the place he could run and be somewhat competitive. And bonus, still run some dirt tracks. He felt back home, and young again. 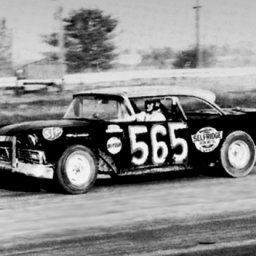 @dennis-schalm   last year
Is just me, or is it hard to keep up with all of the "social media"? I don't post often to the accounts I have. I have them to just read what's going on in the world. Still many things slip through the cracks. I did join the NASCAR Fan Council, so instead of just ranting, my rants go to the people who I'm ranting about. I bet they are already sick of me. Ha!
You must be logged in to post a comment
You May Also Like
2017 thoughts, Dale Jr, Danica, Truex Jr and others

1 Comments 2 Likes
The Story Behind the Image