The Phoenix is a mythological bird, which, it is said, arises from the ashes.  The way my teacher told it to me way back when, is that the Phoenix would rise from ashes of failure to be an even more beautiful bird than it was before.  The fact that there is a town/city/metropolitan area in Arizona named after the fiery bird would lead one to believe the city arose from the ashes of a previous site.  I don't really think that the case, but it is an interesting thought to throw around.

My reason for using the Phoenix example, the bird not the city, comes from the result of the race run there this past weekend.  The Monster Energy NASCAR Cup race.  Time was, and most of you will recall it well, that Richard Childress Racing a/k/a RCR, was on the top of the NASCAR ladder.  Dale Earnhardt, Sr. drove the number 3 car owned by RCR to six of his seven championships.  Seems the team of Childress and Earnhardt were destined to be champions from the beginning.  The two men became best friends and certainly set NASCAR Cup Racing on its ear from the 1980s until Dale's premature death in turn four at Daytona in 2001.

My personal memories of Richard Childress go far back to when he was driving the number 3 CRC Chemicals car.  At Darlington that year, our Motor Home was parked just behind the garage area and just in front of the rig with which Richard towed his car.  Using my press credentials for garage access, I went in and talked with Richard, then a journeyman driver helping to fill out the fields for the Cup races.  As we talked, I pointed out our motor home on the other side of the fence and the crowd gathered around.  Richard walked with me over to the fence and talked with everyone before saying, "hold on a minute, I'll be right back".  Richard returned in moments with a box full of CRC Chemical hats and gave one to each of us.  You know what; I still have mine although the autograph has long ago faded into nothingness.  No Sharpies then I guess.

Although all of us were fans of Richard Petty, we sort of gave a nod to watch the red and white number 3.  As usual, Richard didn't have an exceptional day on track and I don't think we ever saw him after the race.  But all of us knew that Richard Childress was a nice guy trying to race without sufficient money to back him to the extent many of the "stars" had.

After Dale, Sr. died, RCR appeared to resume where it left off when Kevin Harvick won his third time out as Dale's replacement.  After Harvick left the RCR team, success seemed to have left with him.  Ryan Newman became the primary driver for RCR and journeyed on to win at Indy a few years ago, but success for the Welcome, North Carolina team was nothing like it was in the heyday.

As the Phoenix Bird rose from the ashes to be more beautiful than before, so did RCR this past weekend.  Sure, I know.  It was just one race and it was a fluke on pit strategy that won it for RCR and Ryan Newman, but it all came together to make a great afternoon in the desert of Arizona.  I really don't think I could have been any happier with the outcome of that race unless I had won it myself.

I have watched RCR over last year and the races so far this year.  The team, as a whole, has shown marked improvement, although flying under the radar of most observers.  Ryan Newman is a first class driver and, speaking from experience with him, a first class guy.  At a time when even he may have questioned the continuation of his career, he came through with the win on Sunday.

Too early to say RCR is on the road back?  Maybe.  But you have to remember one win builds confidence in the driver and the entire team.  The race Sunday was a tough one on the machines and obviously with the temperatures in car being over 140 degrees, tough on the driver as well.  Ryan Newman and his crew came through.  It was an overwhelming feeling of joy I felt seeing Ryan and Richard in Victory Lane celebrating that win.  I do sincerely hope that it is from the ashes of the past few seasons that the Phoenix Bird has risen as the number 31 Chevrolet.

I am not going to speculate on television ratings for Sunday's race as the abysmal falling from grace of NASCAR racing is likely to continue.  What I thought, at first, to be a good crowd, turned out, from the overhead shots of the grandstands to be moderate at best.  Not wanting to leave this very positive Legendtorial on a negative note, I hope that NASCAR, like the Phoenix Bird, will rise from the ashes it has become to once more soar into the beautiful blue sky of popularity in sports.  It has always been my sport and I continue to stand by it, but sometimes it feels more as if I'm in the fire about to become ashes.

Congratulations RCR and Ryan Newman.  Let's move forward to become the formidable team you once were.  I'm certainly pulling for you.

When I think of Childress and The Phoenix, I'm more inclined to think of Earnhardt's "rising of the bird" after Jeremy Mayfield got the best of him at Pocono in 2000. 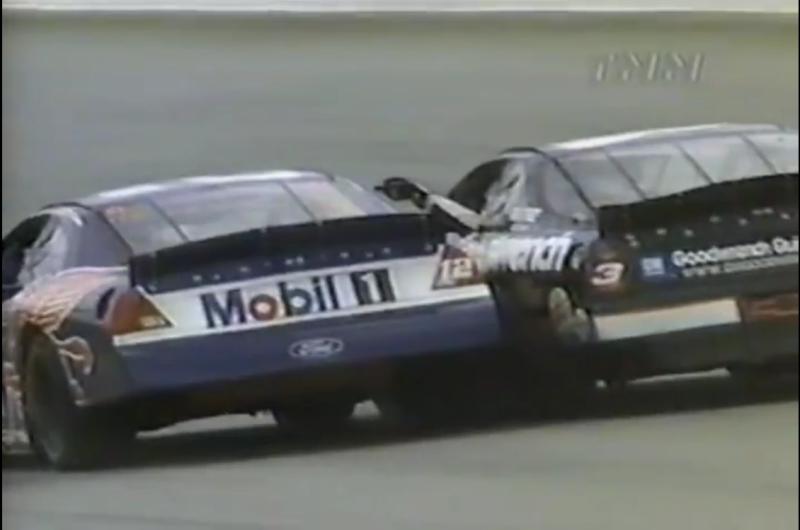