Sam Ard passed away this morning.

Sam Ard was a former NASCAR driver. Ard was the runner-up in 1982 of NASCAR's Late Model Sportsman Series, and followed up his run with back-to-back championships in 1983 and 1984.

Thoughts and prayers are with his family and friends.

He is a great local driver know far and wide.   He will be missed by many,many old and new racers for the mark he left on their lives and a few on the sides of their cars while passing.

REST IN PEACE MY FRIEND !!

It is a sad day for all who knew Sam and watched him race.  His potential was unlimited until that wreck that ended his career. My thoughts and prayers to the Ard family and to all who knew such a great man.

RIP Sam. Thoughts and prayers for the family. 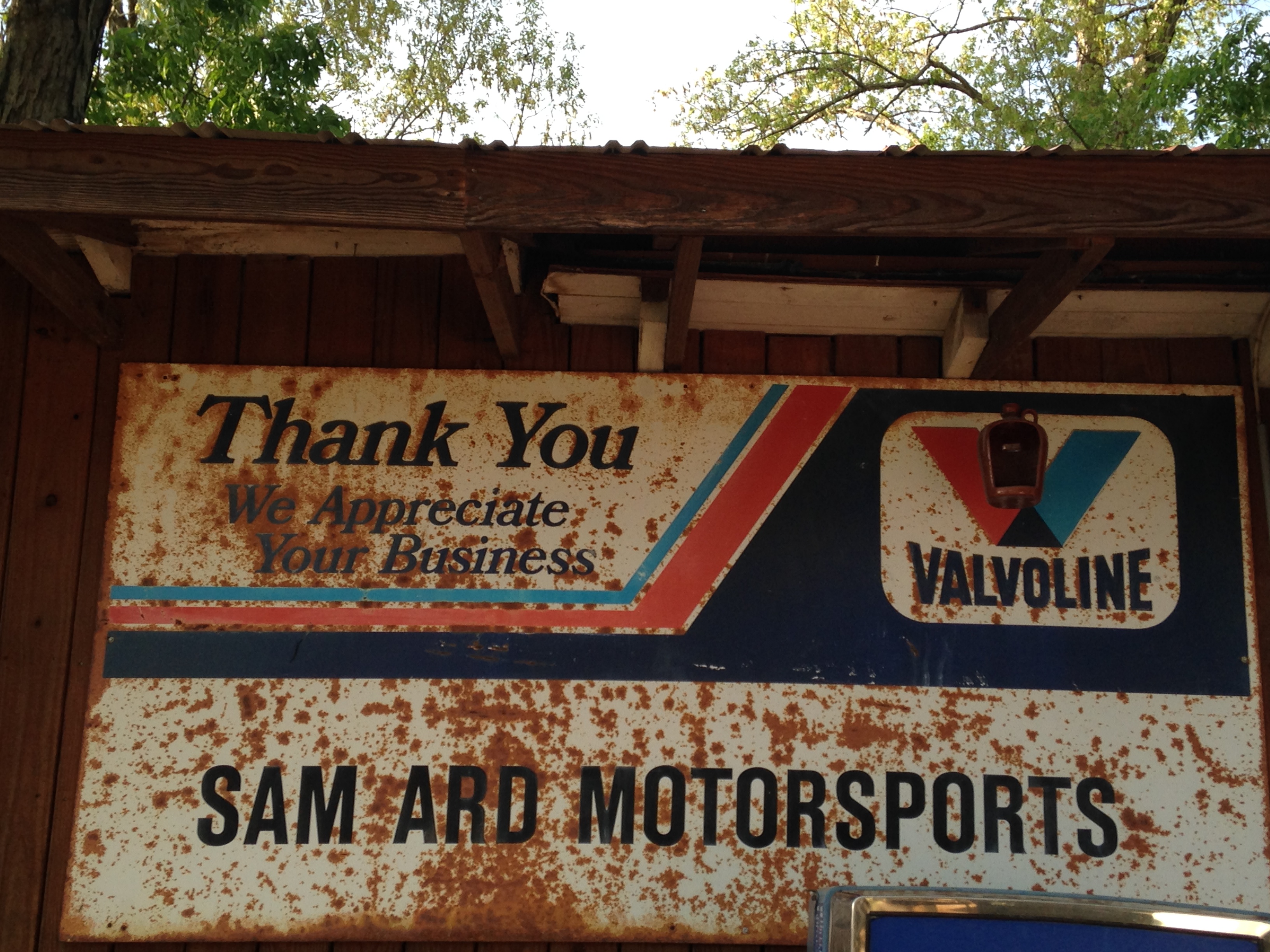 You never know what will jog special racing memories. Beginning in February 1981, I hosted what the late journalist and broadcaster, Chris Economaki called the "greatest parties in racing history" - the Daytona Wrangler Speedweeks Parties - always on Thursday night after the Twin qualifying races. These parties were planned and staged by the famous Rhodes Brothers, who provided the venues, food and entertainment - by them.

The very first Wrangler Speedweeks party in 1981 was held at The Showboat restaurant and nightclub on the mainland side of the Port Orange Bridge. At times the Thursday Twin Qualifiers fell on Valentines Day - February 14. February 14 just happened to be Sam Ard's birthday. This morning while reading the tributes to Sam flowing into the Florence, SC funeral home handling his arrangements, the tribute below caught my eye:

"RIP my friend. I thank you for all the great memories both at and away from the track. I still remember the Wrangler party in Daytona on your birthday. Thanks you for all you gave to auto racing. Prayers to Jo and the family."

Racing memories can pop up in unusual places. 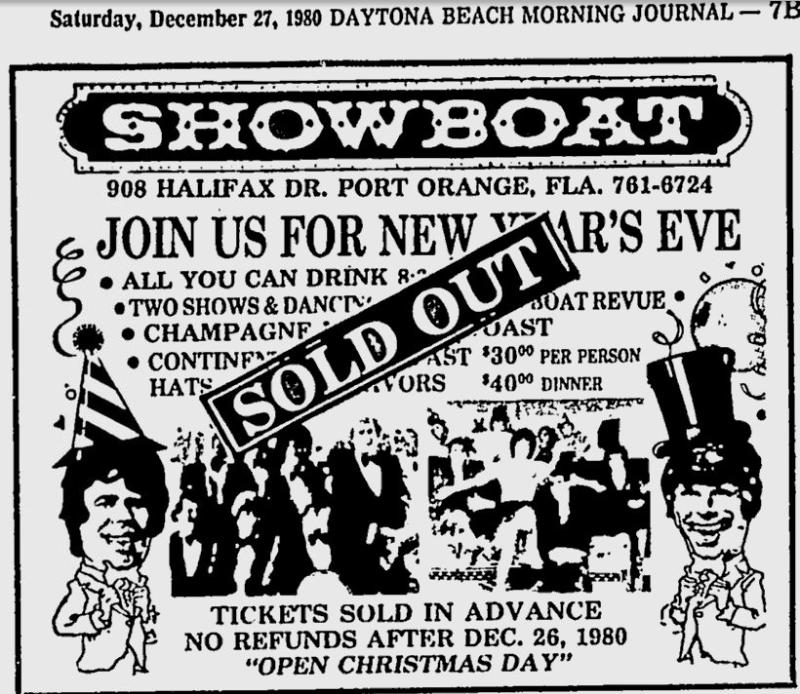 The first Wrangler Daytona Speedweeks Party, which often fell on Sam Ard's birthday, was held in 1981 at The Showboat. 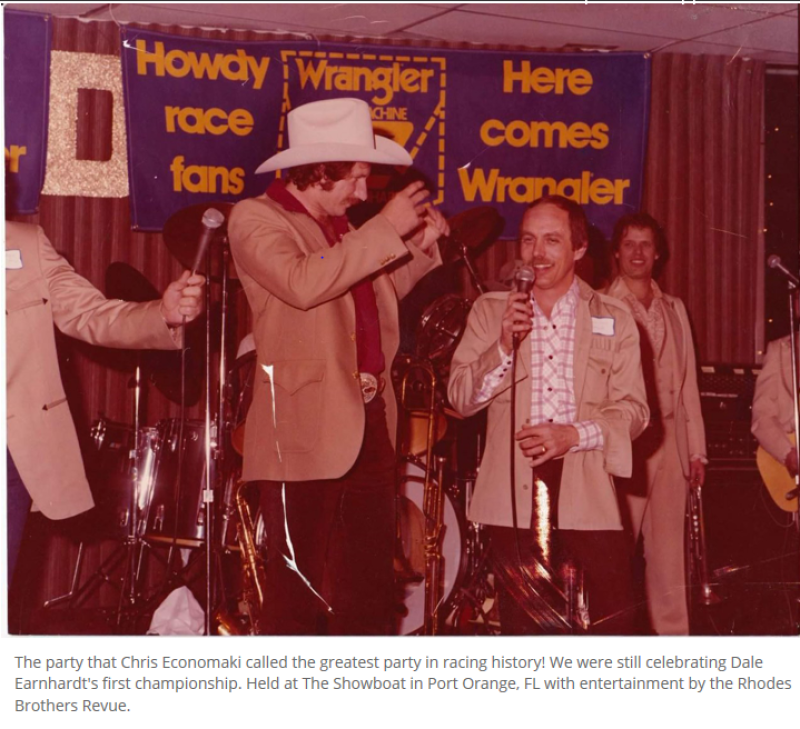