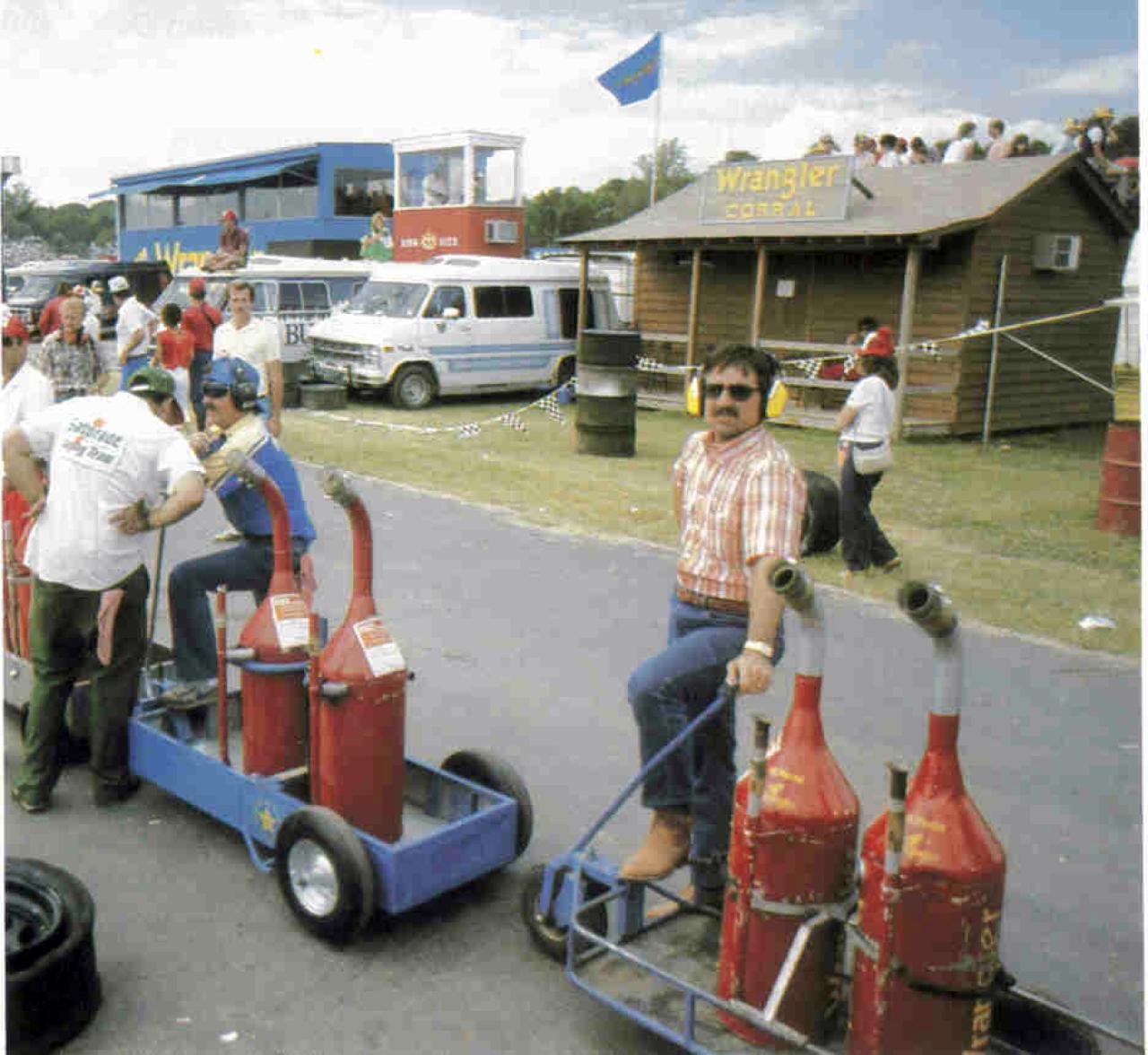 Directly behind the crew members lined up for fuel on Richmond Fairgrounds Raceway's pit road in 1984 is a building many of you have heard me talk about. The little log cabin type structure in the background flying a blue & yellow Wrangler Jeans flag was the WRANGLER CORRAL, a building I funded at the old Richmond track in 1981 as part of Wrangler's sponsorship of the track's September Wrangler 400 Winston Cup races.

The Wrangler Corral was built to give the working media a place to relax and get out of the weather.
After the races, Richard Petty and Dale Earnhardt used to sign autographs sitting in rocking chairs on the Wrangler Corral's front porch.

When the track was reconfigured in 1988, following Wrangler's 1987 departure from the sport, the Corral was moved outside the NASCAR Garage gate and became an office for NASCAR officials and the garage pass sign-in office. At the same time, the second story of the Scoring building was razed for better sight lines and a new scoring stand built at the top of the main grandstand.

Between the Wrangler Corral & the Wrangler Scoring Stand in the Richmond Fairgrounds Raceway photo are the Busch beer van of Ned Jarrett and the Pro Sports van of late Dale Earnhardt publicist Joe Whitlock.

That same year (1981) I leased a plot of land behind pit road at Darlington from Barney Wallace and Red Tyler for $1/year and built its first infield media center. Before I built those buildings in 1981, only Daytona, Charlotte and Michigan had infield media centers.

The photo was taken by the late Jerry Howell of Goldsboro, NC and appeared in the 1984 NASCAR Winston Cup Grand National Yearbook.

@dave-fulton   10 years ago
I "think" I see RR member NB Arnold in the background to the left wearing a plaid shirt with a camera around his neck.
You must be logged in to post a comment
You May Also Like
GridGearRacing, Inc. 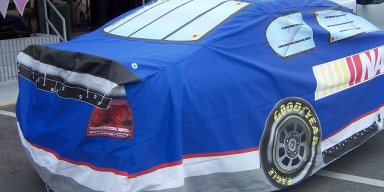 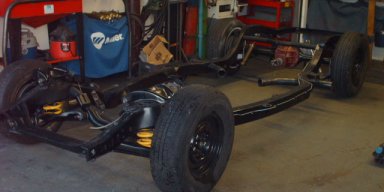 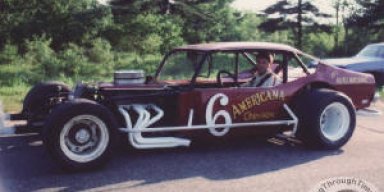 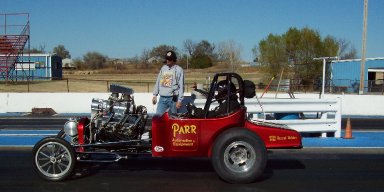 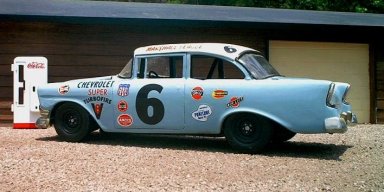 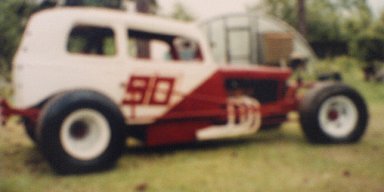 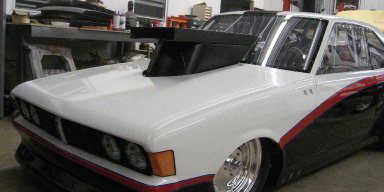 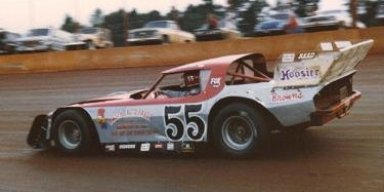